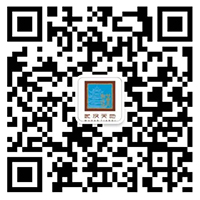 Developed by Shui On Land, Wuhan Tiandi is situated in the Yongqing area of Hankou city centre. It is located on the Yangtze River front with an unrivalled view of scenic Jiangtan Park. Similar to the Taipingqiao redevelopment project in Shanghai, it is a mixed-use city-core development comprising residential, office, hotel, retail, dining and entertainment facilities. Its goal is to conform to the long-term planning and development strategy for Wuhan’s internationalization.

With a site area of 610,000 sq. m, it will have a gross floor area of 1.5 million sq. m. The total amount of investment is around 10 billion Yuan RMB. Its overall planning consultant is the American firm SOM Co., Ltd. (Skidmore, Owings and Merrill, LLP).

The historical buildings within Wuhan Tiandi are managed by Benjamin Wood, the chief designer of Shanghai Xintiandi. Nine old buildings on the original site were repaired and renovated with an integration of architectural tradition and modern vitality so as to enhance commercial value.

Wuhan Tiandi gives expression both to Wuhan’s glorious traditions and to the appeal of its contemporary boom, a combination which will optimize the urban environment, expand green areas, offer an agreeable working and living environment, and create a stylish place comprising residential, office, cultural and entertainment facilities. It will be not only a new landmark for Wuhan, but also a focal point connecting central China to the world.

Wuhan XinTiandi completed its construction in November, 2009 with a gross floor area of 57,000 sq. m above ground, and a 25,000 sq. m underground car parking area. Since Wuhan residents like outdoor recreation and delicious food, Wuhan New Tiandi was designed with an outdoor air-conditioned Food Court and a lot of open spaces. Pedestrian green belts with trees, shrubs and lawns cover a gross floor area of 9,300 sq. m. All flat roofs have roof gardens to achieve harmonious coexistence between human and nature.

As an important part of the business district along the Yangtze River in Wuhan --- Wuhan Tiandi Business Cluster, covering a gross floor area of about 500,000 square meters is now taking shape. It comprises Grade A office buildings, upscale department stores, all of which will help to promote Wuhan’s image as an international city.

By the 31st of December, 2018, office towers at Lots A2/A3/A5, have been sold to buyers from 2011 for a total GFA of 156,000 sq.m. Construction work of office building at Lot A1 was temporary suspended in April 2018 due to the changes of certain local planning requirements. The construction work resumed in late 2018.

In addition , Lot B13 of WuhanTiandi is on completely construction .This lot which is built as the first “International Family Community” of Wuhan was sold out in July and was delivered in the end of 2014.

Lot B14 of WuhanTiandi——“La Riva” has already been built. This project which is been constructed as the luxurious mansion with first-line riverview was delivered , and redefined the standards of luxurious mansion in Wuhan.

Wuhan Tiandi Plot B is equipped not only with a large number of top commercial facilities and international residential communities, but also has Wanfang Club, Wuhan’s first national three-star green building, and Wuhan’s first community wetland park. The international bilingual kindergarten which has been introduced, Changchun Street Primary School and Qiyi Middle School will all help provide a rich environment for a full 12 years of education in one place.

Wuhan Tiandi will always adhere to the Shui On Land’s corporate philosophy of sustainable development, develop along with the city and continue to guide the internationalization of the Wuhan lifestyle.